Start your travel with a tour of Vienna, visit Arnie’s village and the city of Graz, stop by in Maribor and end your travel in Slovenia, Ljubljana. 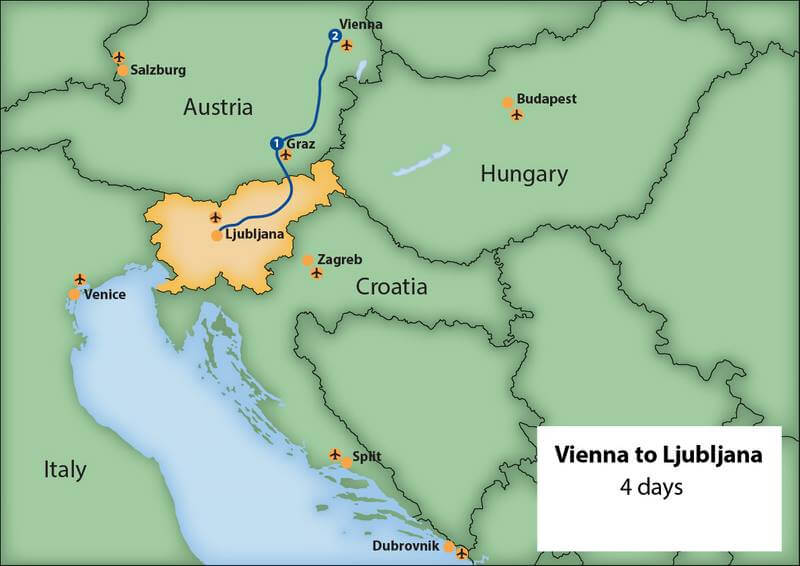 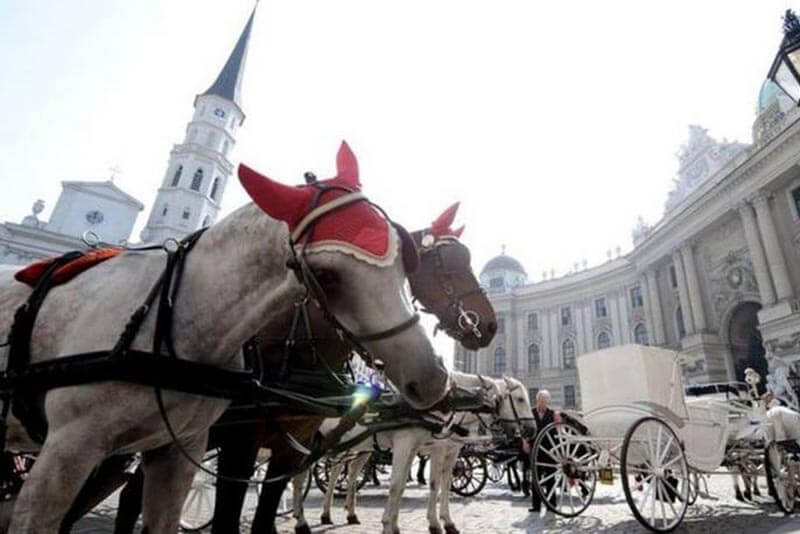 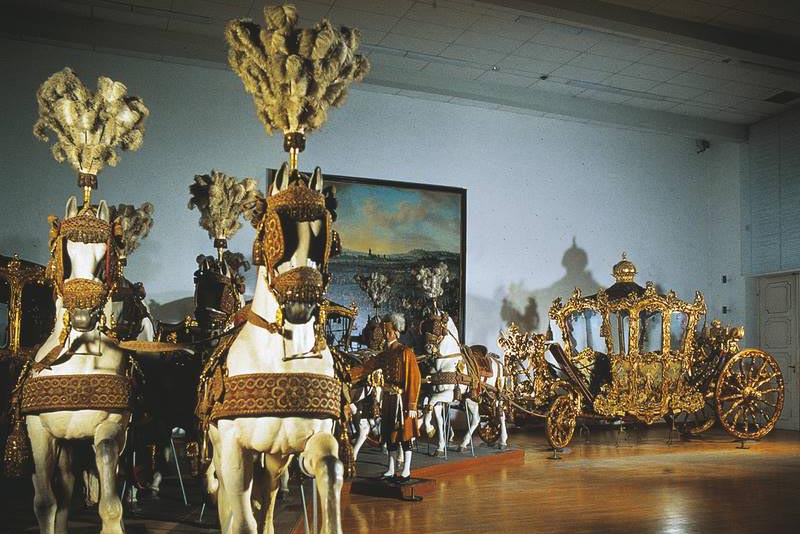 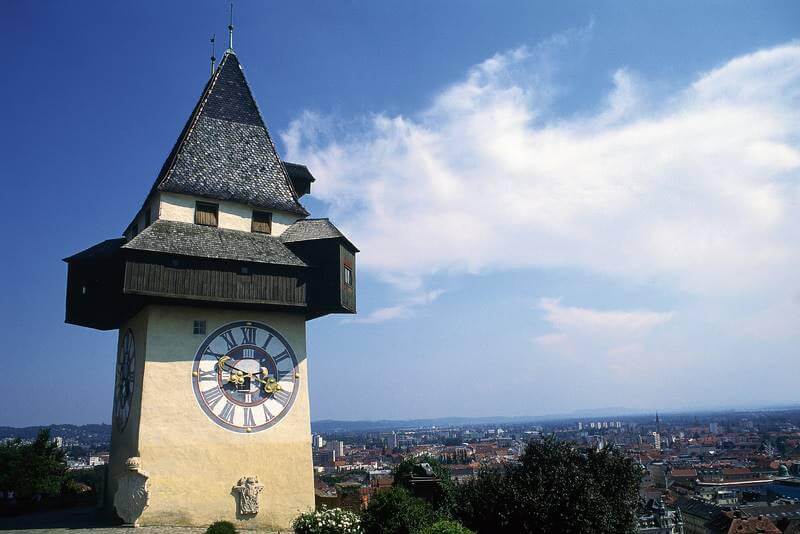 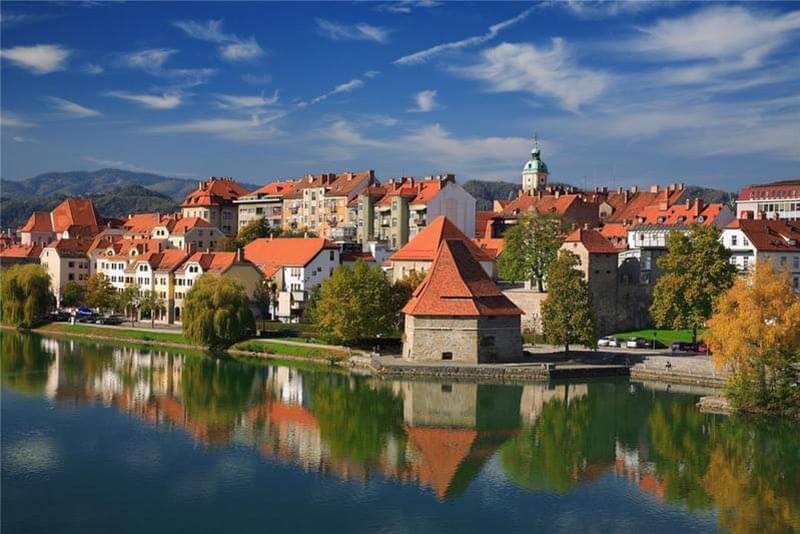 Recommended for: private groups of friends, co-workers or a family

Welcome to Vienna, the capital of Austria! A vibrant city with baroque streetscapes, imperial palaces, art and design, musical masterpieces and coffee-house culture.
Arrival to your hotel and time to freshen up. In the evening meet your Tour guide at your hotel for orientation briefing, followed by a lovely welcome dinner.

Start your day with an orientation walk of the old town that once was surrounded and protected with the city walls. See St. Stephen’s Cathedral – one of Europe’s great Gothic structures, stroll on Kärntnerstrasse and perhaps stop in famous Sacher hotel, where even more famous Sacher chocolate cake was invented. Free time for lunch. Get your camera ready for a circuit of the famous Ring Road. This grand boulevard is built along the lines of the old city walls and showcases many of the capital’s architectural masterpieces, including the Opera House and magnificent Hofburg Imperial Residence. Next is a visit and magnificent tour of the Schoenbrunn palace. The site of the Palace and Gardens of Schönbrunn is outstanding as one of the most impressive and well preserved Baroque ensembles of its kind in Europe. A small hunting lodge and later summer residence of the Habsburg family became a symbol of the power and influence of the House of Habsburg over a long period of European history, from the end of the 17th to the early 20th century. Free time to explore the gardens where you can visit Europe’s oldest ZOO or get lost in Maze & Labyrinth. A walk away there is also a Technical museum of Vienna. Drive back to historical city center, you can visit Imperial Palace (Hofburg), State Opera House, art museum Albertina, or a City Hall. Maybe you want to see Vienna from panoramic wheel Wiener Riesenrad or have some fun at amusement park Prater. Evening at leisure.

Before departing Vienna to Graz, stop to see a unique work of architectural art – colorful Hundertwasser house, an architecture style so different and fun but still very livable. Continue towards Thal, a village known as a birthplace of Arnold Schwarzenegger. “I’ll be back.” Hardly anyone could fail to recognize Arnold Schwarzenegger’s famous line. Even though he doesn’t actually come back in person that often, nevertheless you can gain an intimate insight into the childhood and career of this international star at the Arnold-Schwarzenegger Museum, located at his place of birth in Thal near Graz. The beautiful building was constructed in 1806 and is the original forester’s lodge of the Count of Herberstein and Eggenberg. Followed by lunch. Afternoon arrival to a nearby city of Graz, the second-largest city in Austria after Vienna. For centuries, Graz was more important to Slovenes, both politically and culturally, than the capital of Slovenia, Ljubljana and strong ties remained till this day. Have a walk through Graz’s historic center, one of the best preserved ones in Central Europe and learn about this UNESCO listed city which is boosting with another title from 2008 – City of Culinary Delights. Evening at leisure.

Depart from Graz to Ljubljana. Stop in Slovenia’s second largest city, Maribor; European Capital of Culture of 2012. Maribor is a home of the oldest – 400 years old – vine in the world. We will have a lovely stroll through this city of wine, friendly people, great sights and monuments before we get to our final destination of the tour – Ljubljana. Centrally located capital city of Slovenia has a feel of metropolis with small-town friendliness. With over 50,000 students it is a city with young vibe and great respect toward seniors. With over 10,000 cultural events that take place in the city every year, Ljubljana is called a city of culture. Boosting with rich history; from the legacy of Roman Emona; through to the Renaissance, Baroque and Art Nouveau to modern Ljubljana that was shaped by the strong personal style of Jože Plečnik, it is also a home of one of the oldest philharmonic orchestra in the world. By arrival to Ljubljana your tour ends.

Meals: breakfast
Note: If you need a transfer to the airport or want to continue with extension travel in Slovenia or to neighboring countries, let us know – we will handle everything for you. Take a look at our offer of Tours in Slovenia or else. 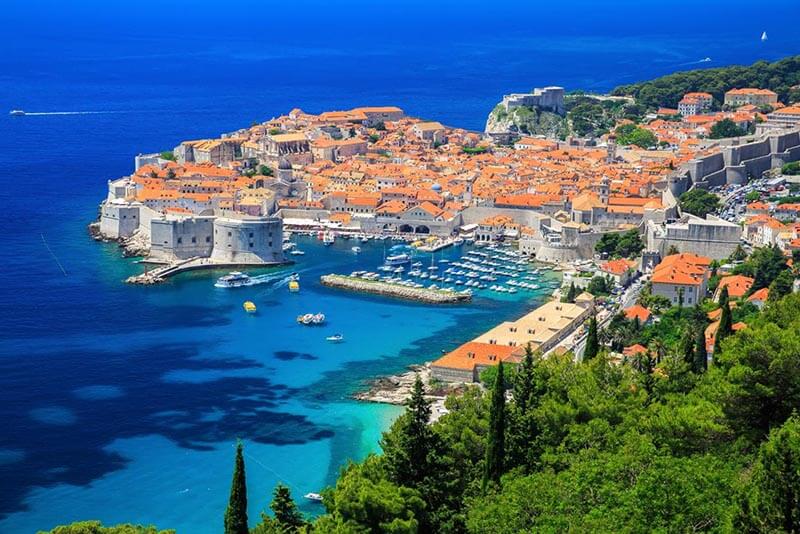